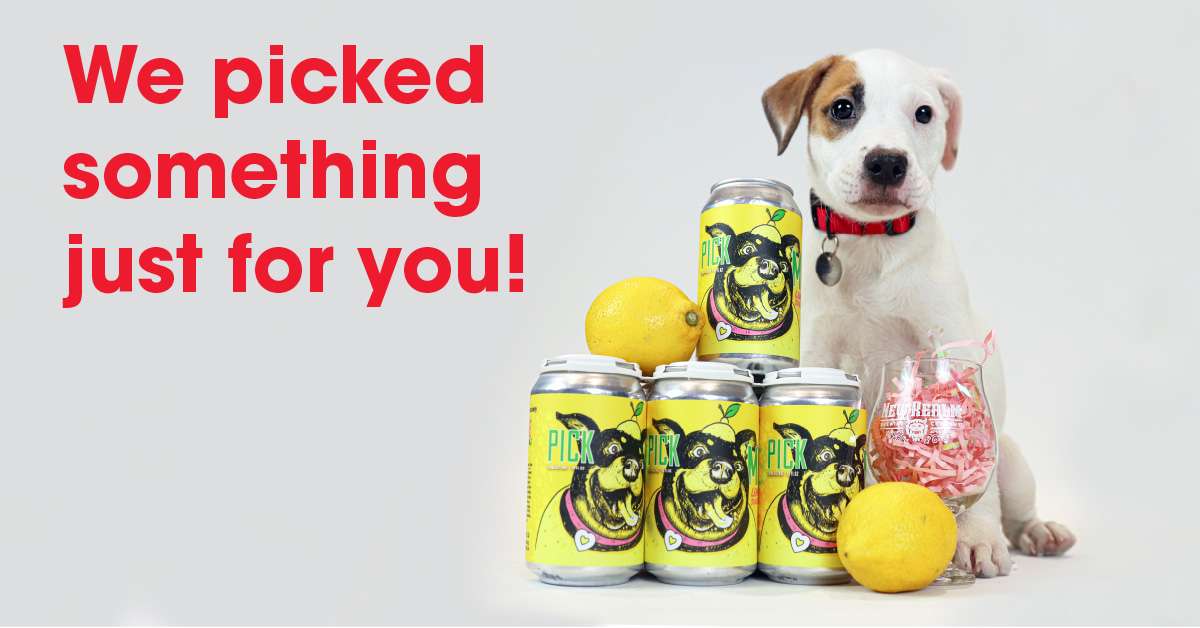 ATLANTA, GA – August 12, 2021 When life gives you lemons, grab your favorite furry friend and enjoy a refreshing summer beer! New Realm Brewing Company is set to release Pick Me Lemon Sour Ale, its first collaboration beer with the Atlanta Humane Society, a longtime partner and friend of the company. Pick Me Lemon Sour Ale has a refreshing lemony flavor with a crisp finish, making it the perfect summer sipper. Light, bright, and tart, this Berliner Weisse has fetched a name for itself as a favorite of beer, wine, and cider fans alike. This collaborative brew pairs perfectly with sunshine, tail wags, and wet noses.

“We’re honored to have the opportunity to work with the Atlanta Humane Society and release Pick Me Lemon Sour Ale together,” shared Carey Falcone, Co-Founder and Chief Executive Officer of New Realm Brewing. “The Atlanta Humane Society has provided shelter, veterinary care, and homes to thousands of animals in their years of service, and we’re excited to release a collaborative beer that will go directly toward supporting their mission.”

“We could not be more excited about launching Pick Me Lemon Sour Ale alongside our friends at New Realm Brewing,” said Amanda Harris, the Marketing Programs Manager at the Atlanta Humane Society. “Since the day they opened their doors in Atlanta, New Realm has distinguished themselves as one of the most dog-friendly destinations in the city, and their commitment to ending animal homelessness is equally as impressive. Their partnership means more animals will find the loving homes they deserve and Pick Me is a tasty example of both their premier brewing and endless generosity.”

In collaboration with the Atlanta Humane Society, New Realm Brewing will be hosting a Pick Me Launch Party on Wednesday, August 18, 2021, from 6:00-8:00 pm at their Atlanta Beltline Brewery. For every pint poured, New Realm will donate $1 to the nonprofit, and the launch party will include special giveaways for the four-legged attendees, adoptable animals from the Atlanta Humane Society, and several dog-friendly vendors as well.

This zesty collaborative beer will be available beginning August 17, 2021 on draft and in 12oz six pack cans exclusively in the Atlanta market.

New Realm products are available at its locations as well as at bars and retail outlets throughout Georgia, Virginia, and downstate South Carolina. For a complete list of locations, hours, information on private events and public tours, as well as additional information, visit www.newrealmbrewing.com.