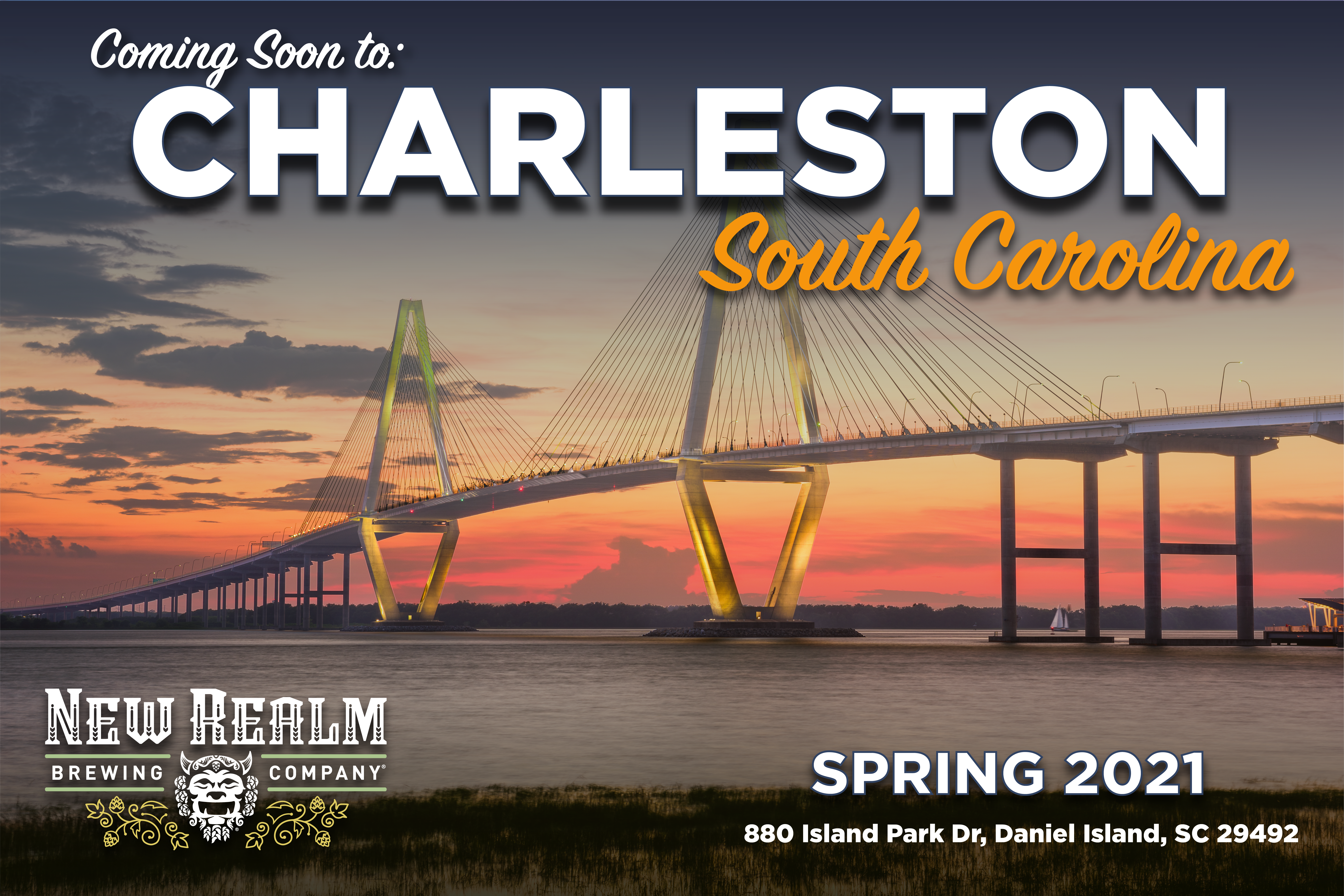 CHARLESTON, SOUTH CAROLINA – April 8, 2021 – New Realm Brewing Company is thrilled to announce the opening of an 11,000 square-foot facility on Daniel Island in Charleston with an on-site brewery, restaurant, outdoor patio, intimate music venue and dedicated private event spaces. The site, currently occupied by Dockery’s, will be re-branded New Realm in May and is located at 880 Island Park Drive in the heart of Daniel Island, easily accessible from downtown Charleston.

Much like the New Realm’s flagship Atlanta location, the Daniel Island facility will feature the Company’s handcrafted lineup of award-winning craft beers and limited specialty releases, some available only on Daniel Island. At the helm of the brewery will be New Realm’s brewmaster Mitch Steele, who is recognized as one of the craft beer industry’s best brewers and has helped drive brewing industry innovation and the IPA market for several decades.

In keeping with the history of the site, food and music will also play a major role in the customer experience. The on-site scratch kitchen will be serving New Realm classics such as the New Realm Burger, the Instagram-famous Mac & Cheese, as well as locally sourced specialties. Complementing New Realm’s high-quality fare and craft beer will be frequent live music in a venue that boasts state-of-the-art acoustic and sound technology.

“Ever since we opened our Atlanta brewery and restaurant in 2018, we’ve been asked by our neighbors in South Carolina when New Realm beers would be available in the state. We are thrilled to announce that the time has come.  A South Carolina location has always been in our plans and the Charleston area is the perfect location to add a brewery and restaurant,” said Carey Falcone, Co-Founder and CEO of New Realm. “We will continue to enhance the original Dockery’s vision of a destination that brings the community together through great food, great beer, and great music.”

New Realm’s brewery and restaurant is expected to maintain approximately 100 employees in the local Charleston market.  The Company is focused on positively impacting the communities in which it operates, and maintains a firm commitment to environmental sustainability, supporting local and independent craft communities, and the art and science of great craft brewing and distilling.

New Realm products are available at its locations as well as at bars and retail outlets throughout Georgia and Virginia. With the brewery and restaurant expansion into South Carolina, New Realm products will soon become available across the state. For a complete list of locations, hours, information on private events and public tours, as well as additional information, visit www.newrealmbrewing.com.